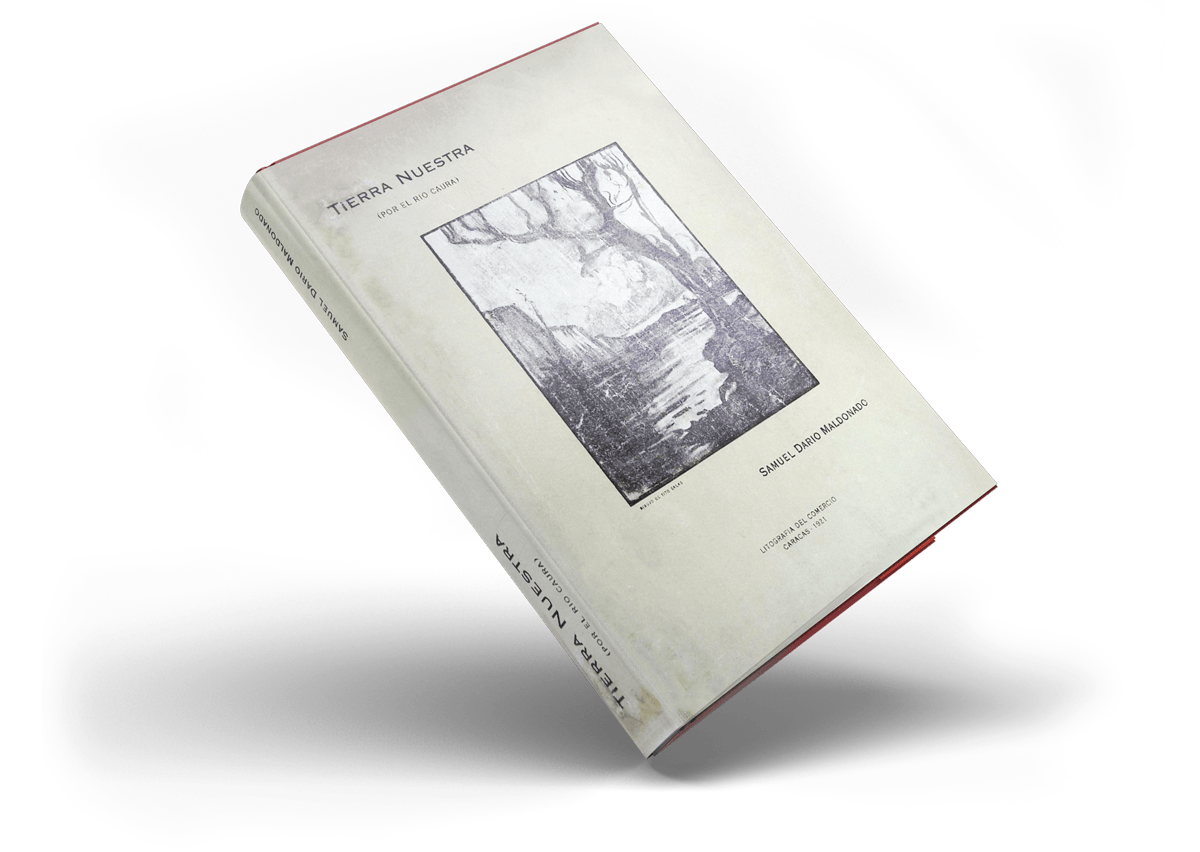 Samuel Darío Maldonado was 49 when he finished writing Tierra Nuestra, in the town of Tucupita in 1919, capital of the Territory of the Delta Amacuro where he was governor for two years. The book, considered an encyclopedic novel, narrates and describes what the jungle is, the collection of sarrapia and the geography of the Caura River. Other authors consider it an autobiographical text because of its narrative style. Written as a conversation, it is full of comments on various scientific and humanistic topics. It also includes stories of experiences with his friends, records of his readings and hundreds of loving references to the territory, which problems and needs worried him. Tierra Nuestra has three editions: the first dated 1921 published by the author. The second, published in 1960 by the Library of Tachirenses Authors and Subjects, celebrating the 400th anniversary of the city of San Cristóbal. And the last dated 1970, an edition issued by the Presidency of the Republic as part of the celebration of the author’s centenary anniversary.

Tierra-Nuestra
to the historical archives