Our roots date back to 1850, with the acquisition of the first agricultural land in the state of Táchira. Later in 1911, our great-grandfather Samuel Darío Maldonado acquired Hato El Frío, located in the Venezuelan plains, where our experience around sustainable extensive livestock with good environmental management began. This experience is consolidated in the company INVEGA.

During the fifties our grandfather, Iván Darío Maldonado, created the first milk pasteurization company in partnership with Nelson Rockefeller and a group of cattle ranchers in the state of Lara. Over time this company evolved to INLACA, which produced over than 200 dairy and fruit products.  We applied this experience with the acquisition and improvement of the Indian River Select company and Freshco co-packing plant, which leads the marketing and packaging of natural juices in Florida.

Ivan Darío Maldonado also ventured into ​​banking, insurance and real estate. Together with his children Marcos, Milagros, Alvaro, Juan and Alonso, he developed and expanded national and international business lines. Thanks to them, a young and enthusiastic fourth generation team works on our corporate governance. Today we are custodians of our family heritage.

The business activity of the Maldonado family has its background in the nineteenth century, when in the Andean region of Venezuela, currently the state of Táchira, its ancestor Joaquín Maldonado acquired in 1851 the Hacienda Pitonal, an important agricultural farm, which has since been managed by its descendants.

In 1870, Samuel Darío Maldonado a renowned Venezuelan doctor and intellectual was born in El Pitonal.  In 1911 he bought the ranch  “El Frio”, located in the state of Apure, in the Venezuelan plains, thereby initiating a growing and fruitful livestock family tradition that still exists today.

The decisive step for the development and consolidation of the livestock activity of the Maldonado family was the creation, in 1948, of the Anonymous Company Inversiones Venezolanas Ganaderas: C.A. INVEGA.  At the head of C.A. INVEGA, was Iván Darío Maldonado who played a key role as a forger of what became one of the most important livestock emporiums in Venezuela during the second half of the twentieth century.  Among his properties was the ranch El Frío which was the main reference of a successful history, regarding the rational exploitation, the productive efficiency and, especially, for being an exemplary model of sustainable livestock activity.

Alongside, the Maldonado family has developed an intense business activity in the agroindustry sector: Corporación INLACA, C.A., Indian River Select, Farmers Way; in the banking sector: Banco Carabobo, Banco Lara and Banco Consolidado; in the commerce and service sector: WALCO Industrial, C.A., Aviacorp, C.A.; in the insurance sector: Seguros La Previsora, Seguros Los Andes, Seguros Carabobo. A fundamental milestone in this business career was the creation of the company INLACA in 1949, in partnership with the International Basic Economic Corporation: IBEC, owned by the Rockefeller family; a company mainly dedicated to the production and distribution of dairy products and fruit juices, in which the Maldonado family participated around seventy years, during which it forged alliances with international groups such as Fonterra, Nestlé and Parmalat.

Since the mid-1980s, the Maldonado family has run Seguros La Previsora, a leading company and one of the oldest in the field, until 2009, when it was sold to a group of investors.

During the nineties, a process of generational transition and business restructuring began, which led to the creation in 1997 of the Maldonado Economic Group: GEM. THE GEM concentrates all of the family’s companies, investments and businesses.

At present, Grupo Económico Maldonado is a fourth-generation Venezuelan family business, dedicated to the manufacture and marketing of juices, organic foods and dairy products; livestock activities; and real estate. 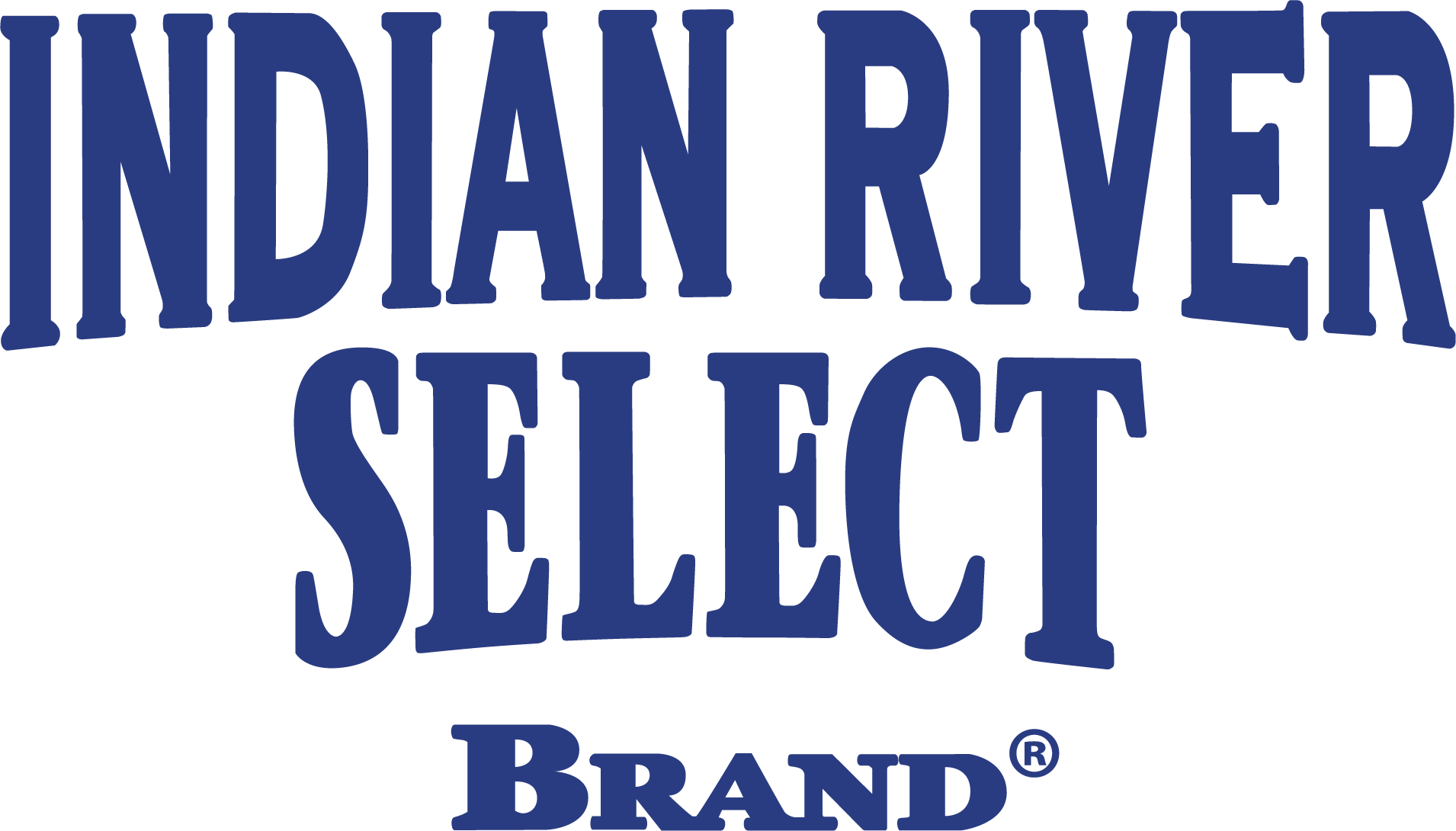 In 2017 we bought Indian River Select, LLC, a company founded in 1996 by two Florida natives, connoisseurs of the citrus industry. The brand began with small orders delivered to local supermarket chains. Today, our juice can be found in approximately 3,500 grocery stores throughout the United States. Our customers considered it to be the best orange and grapefruit juice on the market. We have invested to improve facilities, the manufacturing process, and supervision as well as in the relationship with the community and employees.

At the same time we bought Freshco, a juice manufacturing plant in Ft Pierce, Florida. We value the potential of the physical conditions and the caliber of the employees. We decided to outsource our services and developed Freshco into a manufacturing service provider for other companies.

In 1997 we formally created the Maldonado Economic Group (GEM) constituted by the companies INVEGA, INLACA, Seguros La Previsora, Walco, Frutícola Potrerito, Lácteos Óptimos and others related to the real estate industry. In the year 2000, under the fourth generation leadership, we established the Family Office in Caracas and the Maldonado Education Fund. We work with commitment and dedication to establish a corporate and family governance system that regulates our institutions and companies under Family Council and a Board of Directors. In 2009 we made the generational transition from the third to the fourth generation. A year later we moved to our Headquarter in the Dorissa building in Miami, USA. 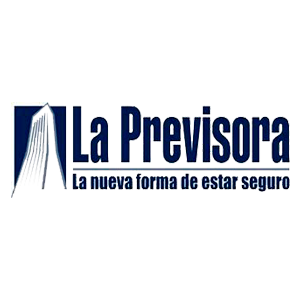 Since the 1970s our grandfather Iván Darío Maldonado along with his son Álvaro, directs Seguros La Previsora. In the 1980s, the family consolidated its ownership and began a new stage in technological investment and customer service. With the participation of new generations and especially of Alvaro, Alonso and Juan Carlos, in 2005 we grew to become the second company in the national insurance market. During this time the family invested great efforts in the Previsora ​​Foundation, led by Milagros Maldonado. This space continues to be remembered for its support in favor of the arts and culture: film cycles, promotion of Venezuelan musical groups, art and ecology exhibitions and the installation of an extraordinary door designed by master Carlos Cruz Diez, which gives access to the building. In 2009, thanks to the leadership of Juan Carlos Maldonado, we sold the company. 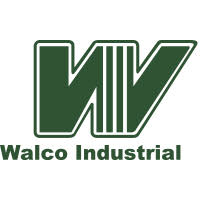 A company dedicated to the sale of industrial equipment. This experience was a family business school where Marcos Maldonado and his son Fernando were leading figures in its expansion and development. In 2018 Marcos Maldonado bought the family shares and obtained ownership of 100% of the company. 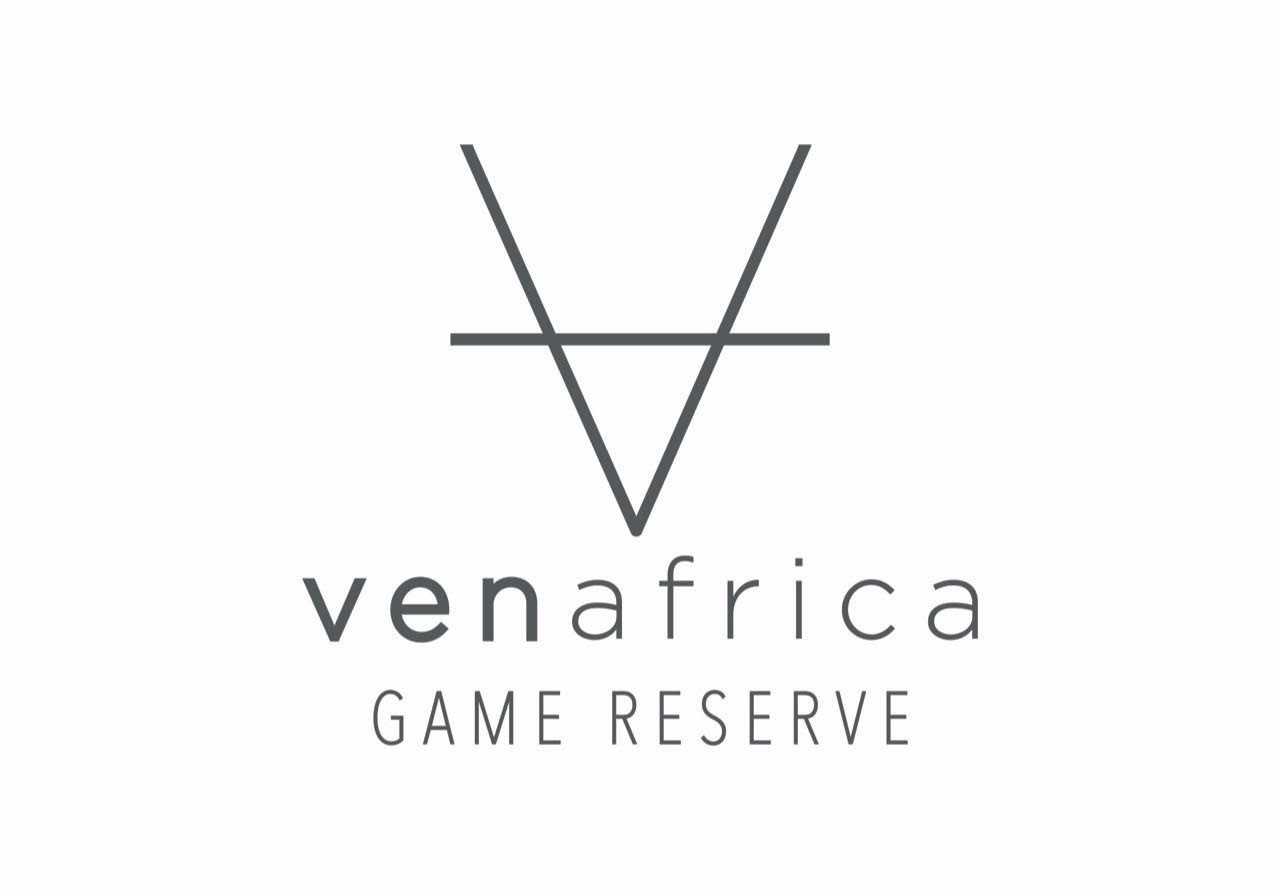 Our grandfather Iván Darío Maldonado bought a property in South Africa, VenAfrica Ranches (VAR), with the goal of finding specialized veterinarians to improve the cattle breeds of his ranches in Venezuela. In the process of acquiring this property, the presence of local animals such as zebras, giraffes, hyenas, etc. had a decisive weight, as it represented an ideal environment to establish preservation strategies around wildlife and the environment.

Juan Maldonado settled in this new continent, worked and developed the property for more than 13 years. Our generation continues its commitment to environmental preservation by maintaining ownership and protecting native species of plants and animals in harmonious coexistence with the Zulus community, a group of natives that live in the area. In 2019, Samuel Maldonado Degwitz leading the project worked with the fourth generation to establish the Makongo Hills Ecological Inn on the VenAfrica Private Game Reserve. 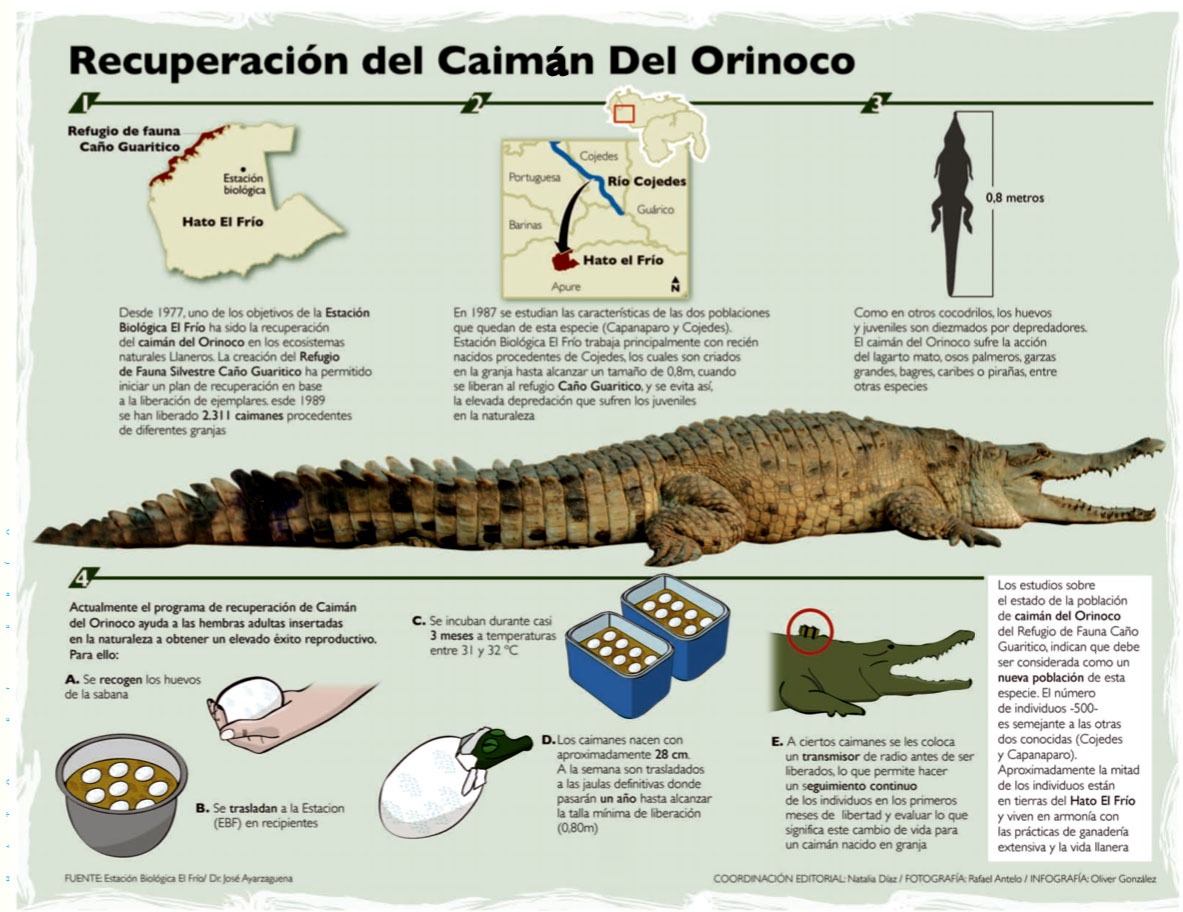 In 1973, Javier Castro Viejo and Iván Darío Maldonado, with the support of the Asociación Amigos de Doñana(Association Friends of Doñana) created the Estación Biológica El Frío (Biological Station El Frío). Its main objective was to work for the understanding, knowledge, preservation and development of the regional economy. In 1989, the Refugio de Fauna Silvestre Reserva de Pesca and Zona Protectora Caño Guaritico (Wildlife Refuge and Protected Fishing Reserve and the Caño Guaritico Protective Zone) were created, in favor of the protection and growth of the populations of the Cayman of the Orinoco and the Water Dog (Giant Otter), both endangered species in the verge of extinction. The activities were also intended to preserve the natural wetlands and hydro-biological system of the area. At El Frío Biological Station hundreds of doctorate studies were carried out in order to develop plans for the use of small alligators and chigüire resources. Thanks to the international alliances that were established, various researches were carried out to study this great wetland. 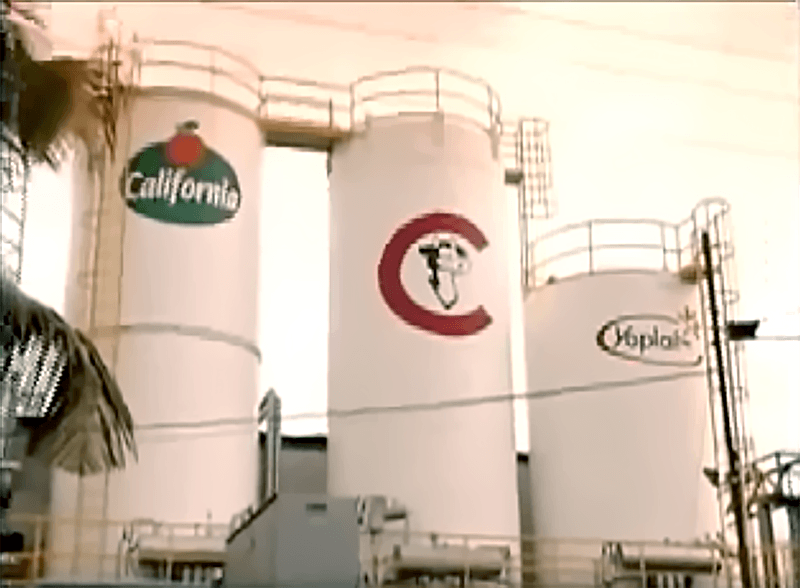 An Industry founded by initiative of a group of ranchers from the State of Lara (the locals), led by Iván Darío Maldonado in association with the International Basic Economic Corporation (IBEC), owned by the Rockefeller family.

Under the tutelage of Marcos Maldonado and the support of his brother Alvaro and of some representatives of our fourth generation, such as Ricardo Degwitz, INLACA revolutionizes the market when it replaces glass containers and introduces the paraffin cardboard containers. In 1972, the Pasteurized Plant for juices and by-products such as Chicha and Choko was inaugurated under the Carabobo brand and the orange juice (60% concentrate) was launched. That same year, International Basic Economic Corporation (IBEC) decided to sell its shares. During 1994, Carabobo lemon tea was introduced, being a pioneer in this category of drinks. Two years later, a franchise agreement is signed with the international company SODIMA for the manufacture and distribution of Yoplait yogurts. In 2000, the plant processed more than 300 million kilograms of fruit, some 200 million liters of pasteurized products, with a network of wholesalers covering more than 800 routes nationwide.

Iván Darío Maldonado and Nelson Rockefeller created the company MALNAR through the companies INVEGA Y NARFARM in order to optimize livestock production and its derivatives.

In 1948, the company Inversiones Venezolanas Ganaderas C.A. INVEGA was created.  During the second half of the 20th century, Iván Darío Maldonado played a key role in founding one of the most important livestock emporiums in Venezuela. INVEGA led fundamental changes in the management of the flood plain, controlling the watercourses and achieving important veterinary progress in optimizing animal health. It also introduced grass varieties and imported the first Brahman wombs pursuing the zebuine breeds whose genetics would adapt best to that plagued and hostile environment. INVEGA managed by Álvaro Maldonado, Juan Maldonado and Alexander Degwitz has been our main family business for more than 70 years. We currently maintain our managerial commitment to the land working in harmony with the environment. 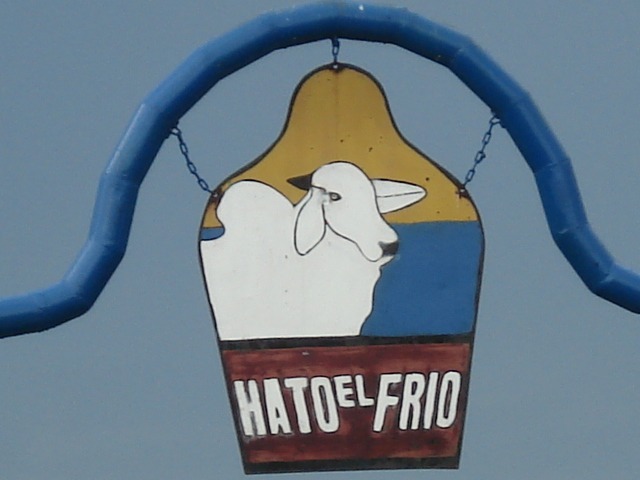 Samuel Darío Maldonado buys the property El Frío on February 22, 1911. Three years later, on December 14, he purchased 20 Angus bulls, which arrived the ranch on December 31. During this period he also introduces new pastures. In 1916 he bought the ranch Santo Cristo with an area of ​​20 square kilometers with a cheese factory. In that same year he bought the ranch Los Yopitos in partnership with Ricardo Julio Bello Torres. As of the 70s, Hato El Frío (Ranch El Frío) had 63,000 hectares of wetland with a traditional organic livestock practice of more than 20,000 cattle. During 2009 the Bolivarian Government of Venezuela decreed the occupation and confiscation of Hato El Frío.

On August 6, 1851 Joaquín Maldonado buys a part of the farm Pitonal that included cocoa and coffee plantations, with the corresponding house with rooms and a kitchen. In January 1857, his son Juan Bautista is responsible for the farm. In 1992 the succession of Dr. Samuel Darío Maldonado became the owner of half of this farm to date.