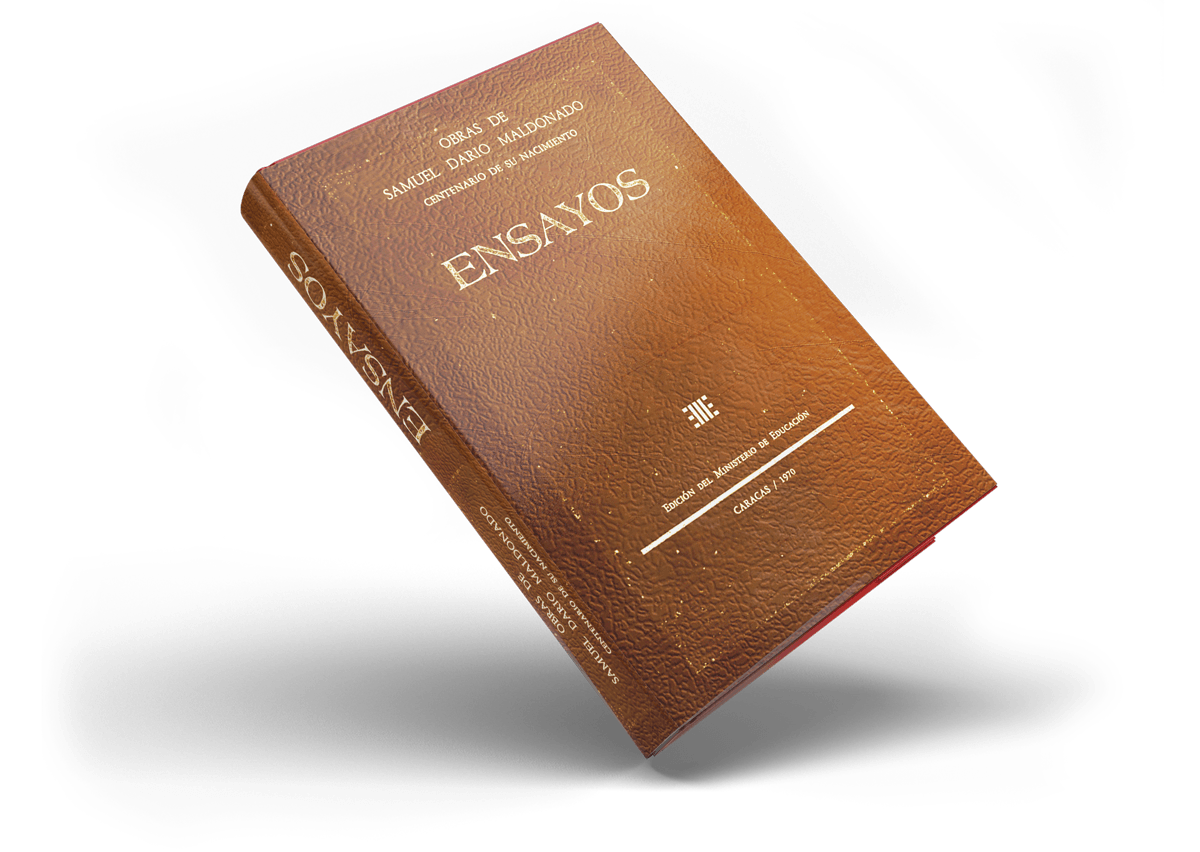 Compilation of essays that groups various topics of anthropology, ethnology, history, literature, education, health, among many others. It is a reissue of the publication Obras Varias (Various Works) dated 1961, which contains many of the texts of that publication. Essays publishes, for the first time, A la faz de un problema, la decadencia de las naciones latinas (In the face of a problem, the decline of the Latinamerican nations) as well as a section of historical and literary themes in which Bolívar, Alma y corazón criollos (Bolivar, Soul and Creole Heart), Letras Impresas (Printed Letters), Un mal soneto (A Bad Sonnet), Notas Criticas, (Critical Notes) stand out. The prologue is from Carlos Miguel Lollet, who writes: “Samuel Darío Maldonado represents a cohort of Venezuelan combatants, hopeful, studious, who prepared to attend to their historical responsibility and who, even when their efforts are frustrated, reveal the will to order our great telluric and social forces, towards the desired goal of the just society, of the satisfied society, of the humanized human society ”

gem-ensayos-lr
to the historical archives