In November 1911, Dr. Samuel Darío Maldonado Vivas was named Director of the National Health Services Bureau (NHSB)[1], a position he held for over two years—until 1914. He took it at a time when the country’s sanitary conditions were critical, hospital facilities were scarce and various endemic diseases like smallpox, tuberculosis, yellow fever, leprosy and bubonic plague were afflicting and decimating the population.

From the NHSB, Dr. Samuel Darío Maldonado took on the urgent task of modernizing the country’s sanitary system and improving public health conditions, which he did with many very effective initiatives. They were listed by Alberto Silva Álvarez, his biographer:

…massive vaccination, not only for smallpox but for typhoid fever; adult hygiene, implementation of a health certificate for workers; a hookworm campaign; intensification of the fight against malaria—including unrestricted quinine imports and their distribution without cost; the creation of the Laboratory of Bacteriology in 1912, as well as the Department of Food Chemistry in 1914; the inspection of pharmaceutical businesses; the monitoring and inspection of food hygiene; the advice he gave regarding the leprosy asylum Asilo de la Providencia, the Anti-Tuberculosis League of Caracas or the Asilo de San Antonio, in Los Teques; setting up ad hoc emergency facilities like the Dysentery Hospital—which had 20 beds and two doctors on call—in San José de Río Chico, or the convalescent home for people afflicted with plague in the Federal District… 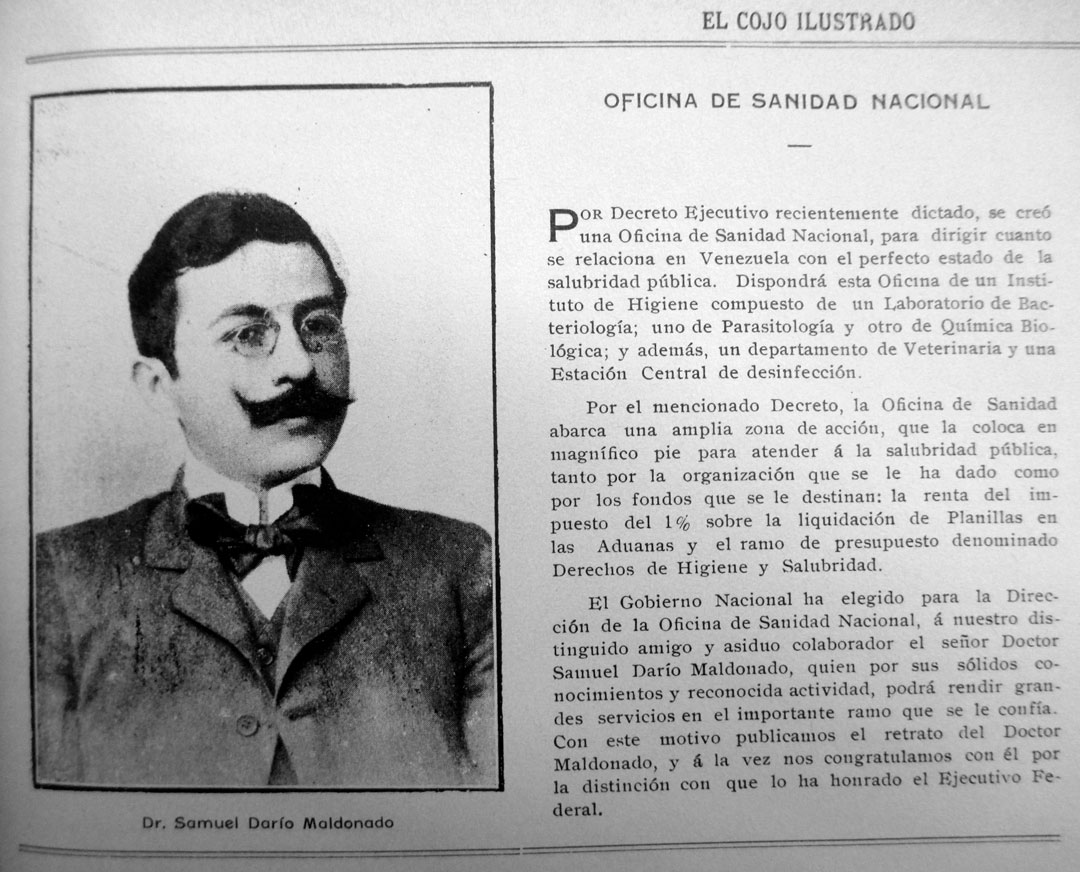 While leading this intensive campaign Dr. Maldonado also promoted a series of legislations which lead to great advancements in Venezuela’s sanitation policies. The most significant of these being the Sanitation Law, enacted in 1912.

Because his admirable performance as head of this institution, Dr. Samuel Darío Maldonado Vivas became one of the pioneers of modern sanitation in Venezuela. 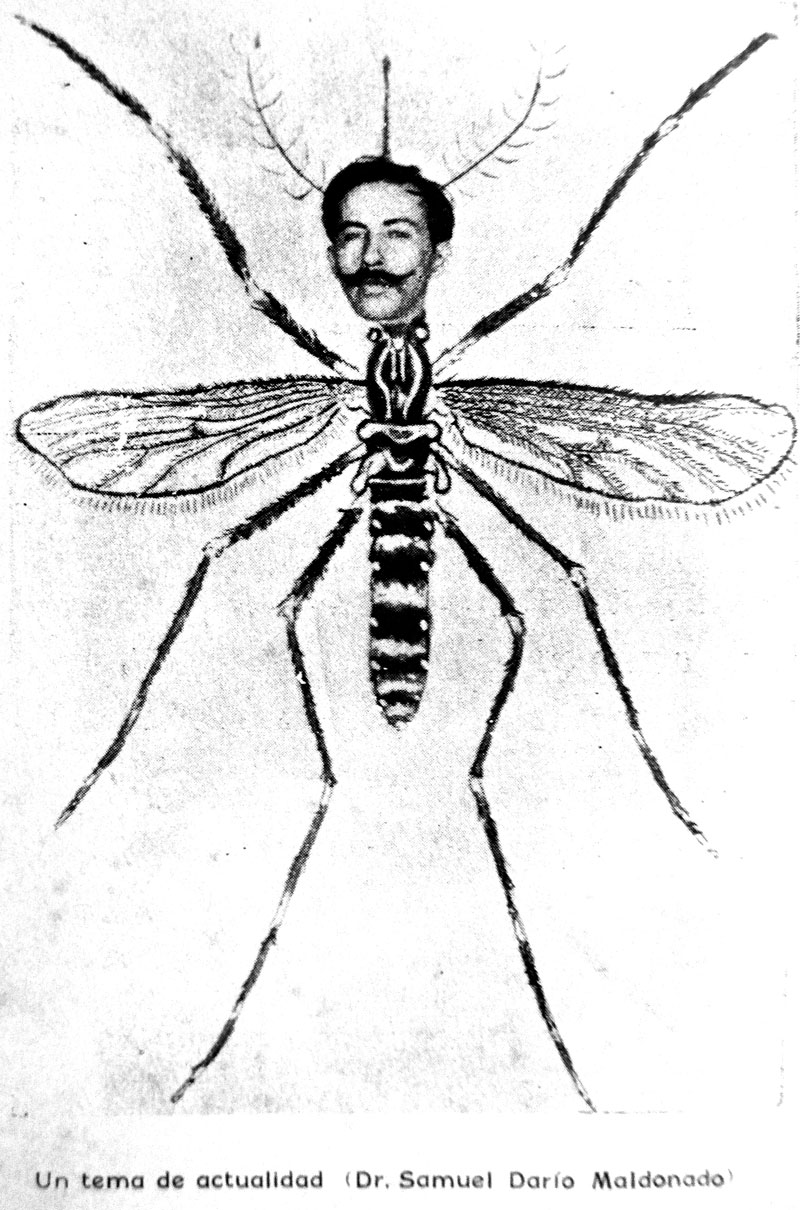