Legacy in the Maldonado family

Dharla Maldonado is a lawyer, part of the fourth generation of the Maldonado family and coordinator since 2017 of the project Legado Familia Maldonado [Maldonado Family’s Legacy], which manages the safekeeping, preservation and transmission of the family’s heritage. 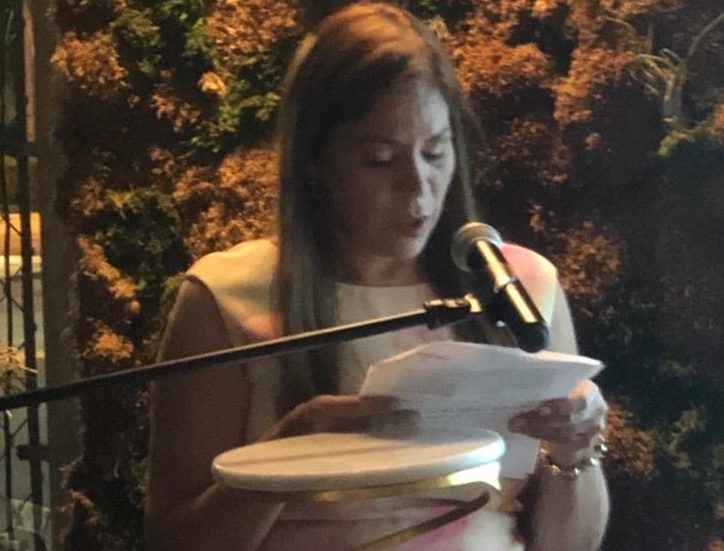 It’s an honor and a privilege to be able to present our legacy. We as a family organization have decided to leave a contribution of culture, history, beliefs, values and traditions to future generations. This gift was passed from my great grandfather to my grandfather, from him to our parents, and from them to us. This challenges the notion of heirloom most people have. For us it’s a lot more than just material assets—it’s our historic identity and the answer to the worn-out question “where do we come from?” which leads us to where we are going. We work and keep working to bestow the learning we’ve gained throughout our history –with all its ups and downs—on future generations. Year after year our grandparents, parents, uncles and aunts shaped and reinforced that legacy in the moments of day-to-day life, conversations, family gatherings and the example they gave us. It is through these interactions that they were able to make an impact on each of us.

Since 2017 we, the members of the fourth generation, decided to start the work of safekeeping, preserving and learning about our historical heritage. We unearthed many dusty documents which had been left behind by the modernization of life. A group of professionals helped us rescue each document, photograph, video and even audio of my grandfather Iván Darío. Everything was registered and indexed –which means it was named and detailed–, even documents that were over one hundred years old. The final product is a family historical archive with more than 3,000 documents in which the story of our ancestors is told, and which we also managed to digitize to put them at the service of the history of humanity.

The process of this recovery, which I had the opportunity to manage alongside the historian Natalia Díaz Peña, has been one of the most wonderful experiences I’ve had. I have recognized my character, as well as that of my parents, my uncles and my cousins, in many of the writings. The main value of those texts has been to help us understand each other, get to know each other and, above all, become more united.

All family members contributed memories and offered testimonies that have shaped this legacy, which will be known by future generations.

We always heard stories about our great-grandfather Samuel Darío. We knew he was a doctor, but now we have also learned about everything he did as the founder of the Oficina de Sanidad Nacional [National Health Services Bureau][2] in Venezuela. At the beginning of the 20th century, as governor of the Amazonas and Delta Amacuro states, he defended the rights of the indigenous populations. He traveled through Amazonas marking out our geographical borders, as well as describing everything he saw—which is why he is considered the father of anthropology in Venezuela. The report he issued as governor is really an encyclopedia that describes the Federal Territory of Amazonas in great detail –its flora, fauna, rivers, etc.—but which also includes a criticism of the precarious conditions of the educational system in that state. After this he went on to establish the first schools, pay wages to the teachers and promote technical education.

Much of his poetry was written during the first decade of the 20th century: “Río Negro”, “Caura”, the ode to Tamaleya Reading his writings helps us understand how preservation, as well as inclusion, became values in this family. Those values were further cultivated by our grandfather Iván and our grandmother Elsa. It was normal for us to spend time with the children of the ranches’ employees, some of whom went to school with us.

In our historical archive, there’s a category called “Family properties in Táchira” because our story began when the Pitonal ranch was acquired in Ureña in the year 1857 by our great-great-great-grandfather –my great-grandfather’s grandfather. I went to visit the town of Ureña by the river Táchira, where the bus line, the primary school and the hospital are all named after him. In San Cristóbal I met historians and chroniclers who revered me for being Samuel Darío Maldonado’s great-granddaughter. I felt so proud!

Also in the Andes, our ancestors started cultivating the value of giving. Samuel Darío’s father, Juan Bautista Maldonado, decided to donate a lot of lands to re-found the town, help it grow into a city and build the church.

Those are our beginnings, where our connection to the land comes from. My great-grandmother Cornelia Vivas worked it by sowing pasture and cacao in a very disciplined environment. Samuel Darío, her son and my great-grandfather, was a great entrepreneur –he started up businesses to commercialize mineral water, petroleum and livestock. Our grandfather Iván Darío, our parents and us all have inherited that entrepreneurial spirit. It’s the power of our blood, a true power that motivates us to work and build a better world.

I want to make a special mention of my grandfather Iván, with whom I had the opportunity to visit the El Frío ranch on several occasions. One of those times we accompanied the King of Spain, and I allude to this to show the way my grandfather was: he went from kings to laborers, from presidents to foremen; they all wanted to hear from him, and he gave his time generously. He conversed very well, in a very assertive and concise way. He had the vision to be a protector of the land. When I see all the current environmental movements in the world I’m reminded of his cause. He built Venezuela’s first Biological Station in the El Frío ranch, and it was always full of students, which made him happy. He allowed the existence of a wildlife corridor for pumas in the El Socorro ranch.

My grandfather also traveled to South Africa to observe the exemplary environmental and cattle farming conditions Dr. Jan Bonsmara had created for his herds, which he imitated and we still maintain today.

His commitment to the ecosystem also motivated him to organize the exhibit “Ecología en acción” in the Previsora Foundation, which connected art and the environment. It was supported by UNESCO and later would provide the basis for our non-profit Compañía Humana.

The most important thing I’ve gained in this process of recovering our history is the understanding of our values. The values we can feel and have fought for –education, work, preservation, environment, art, inclusion. That’s what the Maldonado family stands for, as well as entrepreneurship –the drive to start things from nothing.

I remember one particular text Samuel Darío wrote in 1914, when my grandpa Iván Darío was very little, where he relates buying the first bulls. He was in Valencia with his wife Lola Maldonado. He tells how he waited for the bulls to come out, describes each bull detailing its color and shape and elaborates on his theories on owning livestock. He imports pasture seeds from Algeria and Peru. Twenty-five years later, Iván had already duplicated the land territory and the number of heads of cattle. A few years later he had entered in a partnership with Nelson Rockefeller, giving way for new ventures and forming international networks.

The growth continued from that point on, with all its ups and downs, and it has made us what we are today—a great family, spread all over the world, united by our legacy. A good family legacy prepares its members for life, it empowers them and shows them the way. Our responsibility as a family is to accept the spiritual gifts we have been given and pass them down, for as long as our story continues.

[3] An indigenous woman from the Andes with whom he was in love as a young man. Bendición de la Escuela de Música Samuel y Lola Maldonado – Familia Maldonado (maldonadofamily.com).